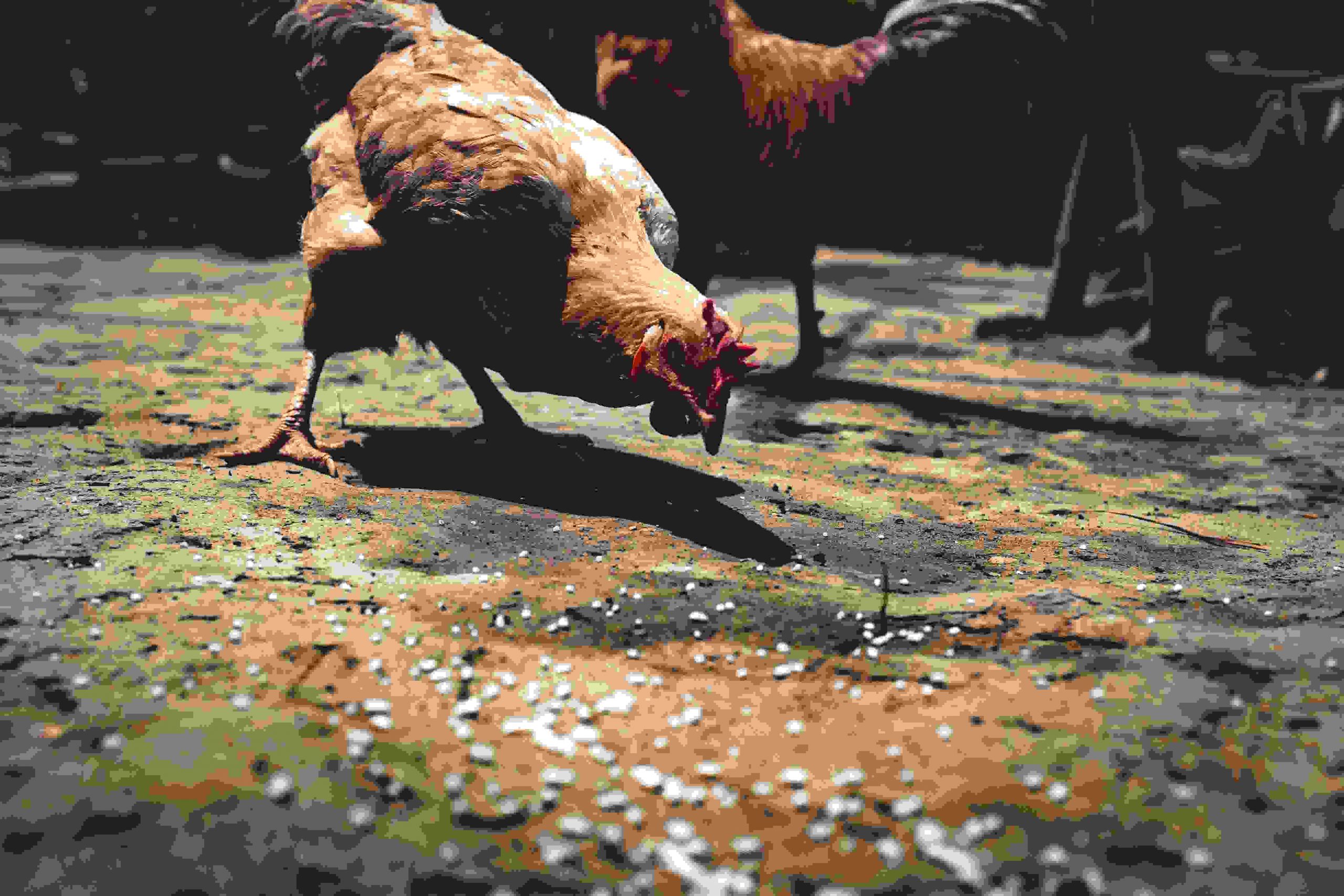 I started a farm filled with livestock animals recently and as I looked around at my animals, I wondered to myself:

How on earth can I improve my animals and livestock?

After hours of research, I found exactly what I was looking for. I decided to put together the Top 10 Secret Techniques To Improve Animals and Livestock, just for you.

After all, who doesn’t like a good secret, right?

Let’s be honest. There has never been a greater need for efficiency in food production. After all, not every population in the world is appropriately nourished.

Harvests are decreasing due to degrading soil, lack of water, and changes in the world’s climate. Biofuel production and urbanization reduce the availability of land. Third World countries and the growing populace demand more animal protein.

Essentially, there is no “one size fits all” solution for the challenge of increasing and improving the quality of livestock and animals. Some feel vegetarianism is the global solution to the lack of a stable climate and water.

However, the production of energy, textiles, food, and even construction are all linked to sustainability in farming. 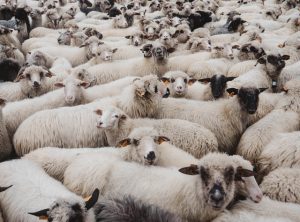 Generally, the increase in animal protein consumption is at odds with the ability of the earth to feed every nation.

The billions of tonnes of corn, rye, oats, barley, wheat, millet, and sorghum annually fed to livestock could feed human beings instead. The good news is that there are 10 ways to improve animals and livestock that are very sustainable.

As a general rule, farm animals are also known as livestock. This does not include poultry. In countries of the west, the list of livestock includes animals such as:

Around the world. cattle make up the largest group of livestock. Producing beef including Angus, Shorthorn and Hereford have gained tremendous popularity. This is probably due to the wave of self-sustainable most people have embraced these past few years. Dairy cattle breeds include:
Small scale farming uses predominantly cattle, fed with animal feeds.

I put together this list after careful research about how you can improve your farming techniques when breeding animals and livestock.

1. Use Drones To Monitor Your Livestock Animals 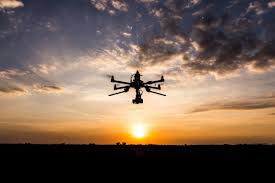 That’s right, drones. Like me, this was probably the last thing on your mind when it comes to livestock animal farming.  Believe it or not, tech-loving farmers use drones to monitor their farms. You might say to yourself that someone not-too-techy like yourself won’t be able to use drones appropriately. However, you might change your mind when you realize the advantage this gives you.

Drones are particularly useful for farms with hills. Drones can help monitor not just your livestock but also monitor the use of grass and identify animals. Though many farmers still do not want to invest in the costly drone, more and more livestock owners do see its benefit in keeping their farms secure and well-monitored.

They detect areas in the field inflicted by pests, infections, and weeds. farms that can see the data drones collect can decide on the exact chemical amounts necessary for fighting infestations. These not only help in reducing expenses but also help keep the fields healthy.

Drones can also be used to spray chemicals, pesticides, and fertilizers on farms. In particular, spot treatment is something drones can do tremendously well.

The field’s healthy areas are kept intact while the rest of the field which needs spraying, gets sprayed. This increases safety and saves time simultaneously. As a result, the farmer spends less and staays healthier by using drone technology.

2. Use Electric Fences And Smart Collars

Control the movement of your livestock by fencing them with a solar-powered virtual rather than an actual fence. These new, innovative fences deliver a noise or a slight electric shock to keep your animals in place. 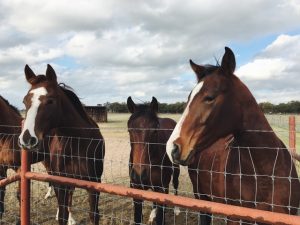 Herds of cattle respond to audio as well as visual cues. Teaching cows to stay within their area using a noise or a shock does work.

Also, a smart collar called e-Shepherd is now available for livestock monitoring Using your PC, tablet, or smartphone, you can monitor your livestock from anywhere in the world. This comes in very useful for farmers that travel frequently to attend seminars and conferences.

Monitor and keep your livestock within a virtual fence using this solar-powered, GPS-enabled e-Shepherd. There is even an algorithm that is CSIRO-developed for training cattle to stay inside virtual boundaries when they hear their collar provide an audio cue.

Innovations on collars for livestock animals and e-fences as a way of animal control seems almost too good to be true. Farmers will no longer have to spend huge amounts of money just to create a fence wide enough for increasing herd populations. 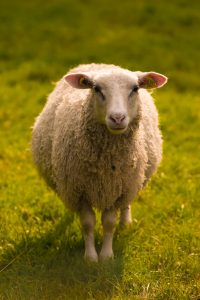 Innovative livestock keepers are moving away from traditional methods of farming and are simultaneously driving change. Rather than confining animals in cages, they provide their livestock with outdoor access. Animals on pastures are raised all year round on both paddocks and grasslands to prevent overgrazing.

Farmers are now thinking outside of the box and are letting cows eat what they are meant to eat for their entire lifespan. Producing beef that is one hundred percent grass-fed comes from putting their cattle on grassland. They end up with higher-priced, better quality meat and maximum milk-yield.

Grassland can grow and then rest by following regenerative agriculture proponents. This reverses climate change and desertification. Plus, it restores the soil and plants’ atmospheric carbon. This enables farmers to produce high-quality livestock all year round.

Before you invest in livestock, find out which diseases your animals may be susceptible to. See if your region carries the right medication for worst-case scenarios. Animals imported from other countries may require special meds that your local pharmacy does not carry. 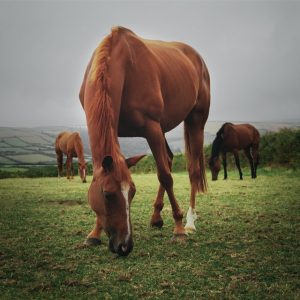 Not knowing could lead to lower yields of food production and decreased breeding. Keeping your animals healthy will improve productivity and your skills in animal husbandry.

The disease can also spread far and wide when animals are kept in crowded stalls. Best practices and keeping the right number of animals will be better for production in the long run.

If you have been purchasing from a livestock animal supplier succesfully, your animals should be fine. However, if you have sourced animals from a new supplier with less than successful rates, it may be time to find better sources. 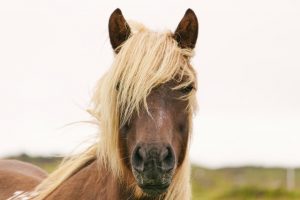 Many farmers are lured by high productivity and raise imported animals in the wrong climate. For example, Holstein cows produce up to thirty liters of milk daily but are native to North America and Europe.

Thus, if you live in Africa, it is better to get climate-appropriate cows native to your region. North American Holstein cows imported to Asia and Africa are not selected for hardiness and fertility. Thus, many lack resistance to the foreign land’s parasites, tropical diseases, humidity, and heat.

The foreign cows still won’t likely produce as much in the foreign country as they will in their native country. Thus, native cows will be healthier, live longer, and produce more food than imported versions.

6. Don’t Give People-Food To Livestock 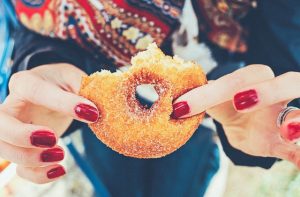 Yes. Eat those donuts yourself and don’t give them to the sheep. In all seriousness, many countries feed grains to their animals and have done so for centuries. The only issue is that grains is not exactly the natural food for all types of livestock animals.

Instead, let ruminants keep grazing your farm pastures and heat silage, hay, and crop residues with high fiber content not suited for consumption by humans. Unlike humans, poultry and pics, ruminants have a series of stomachs that lead to their “true” stomach.

Fiber and plant material is broken down into calories your animals can use and provide high-quality protein. Let your livestock graze low-lying wet grasslands, mountainsides, and marginal areas.

Reserve your main field for growing food for humans. In the process, you get healthier livestock and animals, and tons of food to sell or eat in your pantry, as well.

7. Separate Healthy Animals From The Rest 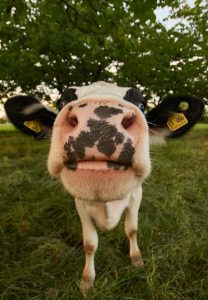 As a new farmer, I thought one or two unhealthy cows wouldn’t really affect the herd. After all, any living thing is susceptible to less than optimal health at any given time. Okay, so I learned the hard way that sick animals should not be kept in the same stalls as their healthy herd members.

Once an animal shows the slightest sign of being less than perfectly healthy, they need to be kept in far stalls away from disease vectors and ticks. Rather than putting the cows out to pasture, tropical area farmers need to carry and cut fodders and buy expensive feed for the unhealthy cows within their stalls. This is the only way to prevent the spread of disease.

8. Give Probiotics To Livestock Animals

Probiotics will help your animals absorb nutrients better, improve digestion, improve feed conversion and increase growth rate. Your livestock will also be able to resist infectious diseases of any kind. 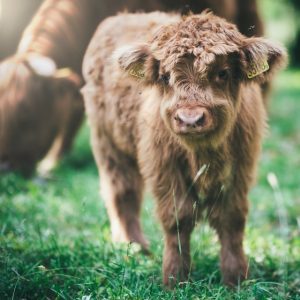 The question is, what are probiotics? Essentially, probiotics are a live microbe supplement that affects host animals beneficially by improving the balance in their intestines.

Large volumes of new information support probiotic use to prevent disorders in the intestines. One example of probiotics is lactic acid bacteria. Because the microflora in the gut helps protect against diseases, animals who ingest probiotics are protected against diseases to a much greater extent.

9. Grow Plants That Feed Your Livestock

Local ponds that produce water ferns can provide extra protein to goats and cattle. Plant extracts help animals use energy and nitrogen more efficiently. As a result, your livestock will produce more milk and meat.

Methane is a greenhouse grass that destroys the ozone layer. You might think to yourself, a couple of hundred cows is probably not going to make a decision. However, when you increase production to a thousand cows, the methane produced can reach dangerous levels. The resulting global warming affects both humans and livestock, with detrimental effects. Thus, reducing methane emmissions will be good for both you and your livestock animals.

Significant methane amounts are produced by livestock as part of their normal process of digestion. Methane needs to be reduced because it is a greenhouse gas and does destroy the ozone layer.

As a result, global warming is on the rise. With more farmers producing livestock, the total emissions of methane from cows can become alarming. Thus, reducing how much methane your cows produce will help the environment without affecting the quality of your cows. 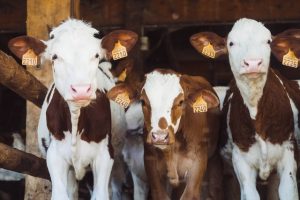 The fermentation in the rumen, one of the four stomach chambers of ruminants produces methane. The amount of methane emission from your farm animals lessens through new additives and supplements. One is called 3-NOP. This reduces cow’s methane emissions by up to thirty percent.

You can make vast improvements with so many new developments for livestock animals and farming.

Do you believe in new technology for your farm? Or do you stick to the tried and tested methods? Let us know your thoughts in the comments below.