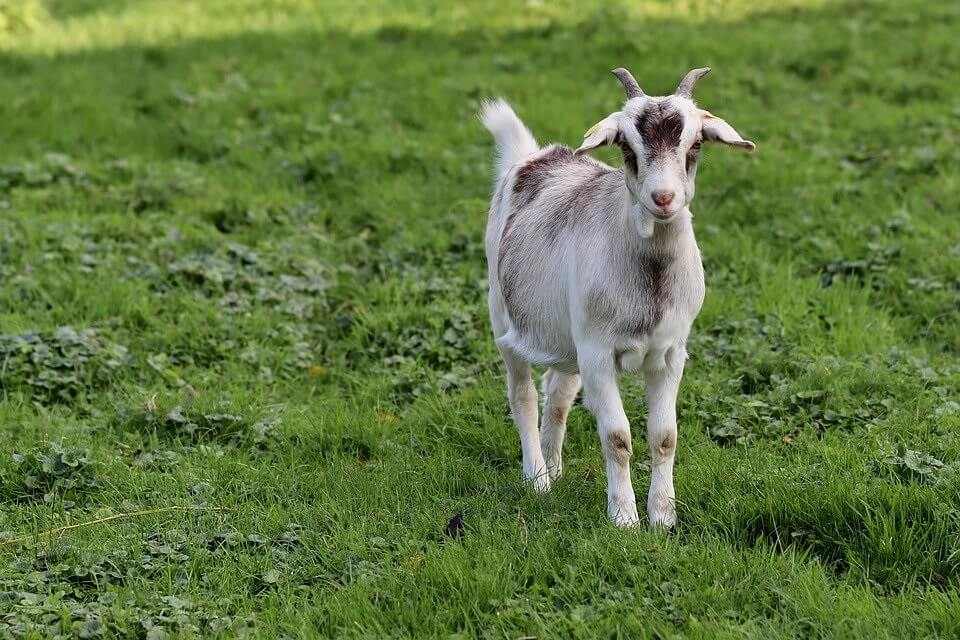 How long do goats live? This is a question that you are probably asking yourself. Unfortunately, this question does not have a definite answer because it depends on various factors, including the type of bread, breeding cycle, environment, feed, shed space, medication, and care, among many others. But in general, an average farm goat’s lifespan ranges between 15 and 18 years.

Goats can only reach those years if humans give them proper care. In fact, some goals can live up to 20 years if they are given proper care. There are many different breeds of goats, and their life expectancy also varies. In this article, we are going to review the lifespan of popular goat breeds to help you make an informed decision when choosing a breed to invest in.

The Breed and Its Lifespan:

The Oberhasli goat is a modern American goat whose root can be traced back to Switzerland. This goat was first brought in the United States in the early 1900s. Until 1960, the Oberhasli goat had not yet been accepted as a pure breed by the American Dairy Goat Association (ADGA). The breed was initially known as the Swiss Alpine, but in 1977, the breed was named Oberhasli, and its registration record was separated from the Alpines.

The Oberhasli goat looks alert in appearance, with a gentle personality. Goat packers keep this breed mainly for dairy production. When well-fed, they can produce up to 1.5 gallons of milk per day, with a butterfat content of between 3.5% and 4%. Some people prefer this goat breed because it is gentle and less fearful of water. [1]

The Oberhasli goats have a life expectancy of about 12 years.

The pygmy goat is an America breed of achondroplastic goat that originated from the Cameroon Valley, in West Africa. This breed was brought in the United States in the 1950s for research purposes but was later adopted by goat packers. The Pygmy goats were organically called the Cameroon dwarf goats.

Apart from providing milk and meat, the pygmy goats are also great pets. Many people like them because they are very cooperative, responsive, and lovely. As the smallness goat breed, their height ranges between 15 and 20 inches while their average weight is about 50 pounds.

The pygmy goats are highly resilient and can thrive in different environments. They produce up to 2 litres of milk per day with a butterfat content of between 4.5% and 11%. The Pygmy goat looks like a dwarf due to their stocky body and short lets. [2]

The alpine goat is a medium-sized goat that originated from the French alpine. The breed was brought in the US from France in early 1900. This breed is larger and rangier, with males weighing not less than 170 pounds and females weighing about 135 pounds.

The alpine goats are great milk producers. In fact, they are the best dairy goat breed and can produce up to 3 litres of milk each day. Additionally, their milk is highly nutritious and packed with vital nutrients vitamins and minerals that are beneficial to the human body. Their milk is commonly used to make cheese, ice cream, soap, and butter.

The alpine goats are friendly and sociable but very alert due to their erected ears. They can survive in nearly all climate and weather. That explains they are widespread across the world. The goat coat occurs in many colours, including black, white, grey, and brown. [3]

The Boer goat that originated from South Africa. The goat was originally bread by Dutch farmers. This bread was brought in the United States in the early 1990s. It is currently the most famous goat for meal production in the US. Additionally, Boer goats have high disease resistance and can survive and thrive in nearly every climate and environment.

Boer goat has a distinctive brown head, a white body, and long pendulous ears. While most people keep Boer goats for meat production, a growing number of people are also keeping them as pets. This is because of their laid back personality and large size.

Females can live anywhere between 12-20 years, while the buck lifespan ranges between 8-12 years.

The Nubian bread of goat is believed to be native to Africa, but their origin is also traced in the Middle East and India. They are often described as aristocratic animals due to their Roman nose and pendulous ear.

Nubian goats have the most extended lifespan among goat breeds. Their life expectancy ranges from 15 to 18 years.

Large, long pendulous ears characterize this British breed. Although the Anglo Nubian breed is not a heavy milk producer, their milk has a high-fat content of about 4%. Many farmers also keep them for the production of meat and hides.

The Anglo Nubians are large animals with buck weighing up to 175 pounds. The average height of a buck is about 35 inches. They are very friendly and often respond well to affection. They are very easy to recognize due to their long floppy ears and big nose.

The Anglo Nubian goats have a lifespan of about 12 years.

The Nigerian dwarf goat is a breed that is native to West Africa. This breed was brought in the US in the 1950s, and since then, they have been breed for meat and milk. Their milk is rich in proteins than most other goat breeds and has a high butterfat percentage of between 6-10%. The Nigerian dwarf goats are gentle, even-tempered, and playful.

Due to their small size and fantastic personality, most people keep them as pets. They are easy to train and very affectionate to children. Nigerian dwarf goats are highly resilient animals and can survive in nearly all parts of the world. On average, they weigh between 60-80 pounds, and they come in many different colour combinations.

Nigerian dwarf goats can live for up to 15 years.

Commonly referred to as the Lamancha goat, the America Lamancha was bred the United States and is believed to be of Spanish organ. The short-eared goats were the first breed by Mrs. Eula Fay Frey way back in 1950.

The Lamancha goat can thrive in nearly all conditions, including hot and dry condition. In fact, the harsh climate does not affect the milk production of the goat in any way. As dairy goats, American Lamancha goats are known for their high milk production that is rich in nutrients. The butterfat content is also relatively high.

If you are thinking about keeping a home friendly, adorable, and cooperative dairy goat, then the American Lamancha goats might be an excellent choice for you. Mature does weigh at least 130 pounds while bucks weight at least 155 pounds. Their height varies depending on genes.

The average lifespan of the American Lamancha goats ranges between 7-10 years.

How Can You Tell A Goat Age?

The process of determining a goat is quite easy when the goat is still young. The goat age is usually determined by their teeth, a procedure that is referred to as tooting.

Generally, goats have no teeth on the upper front of the mouth but have eight teeth on the lower front. The condition and size of teeth can quickly determine the goat’s age.