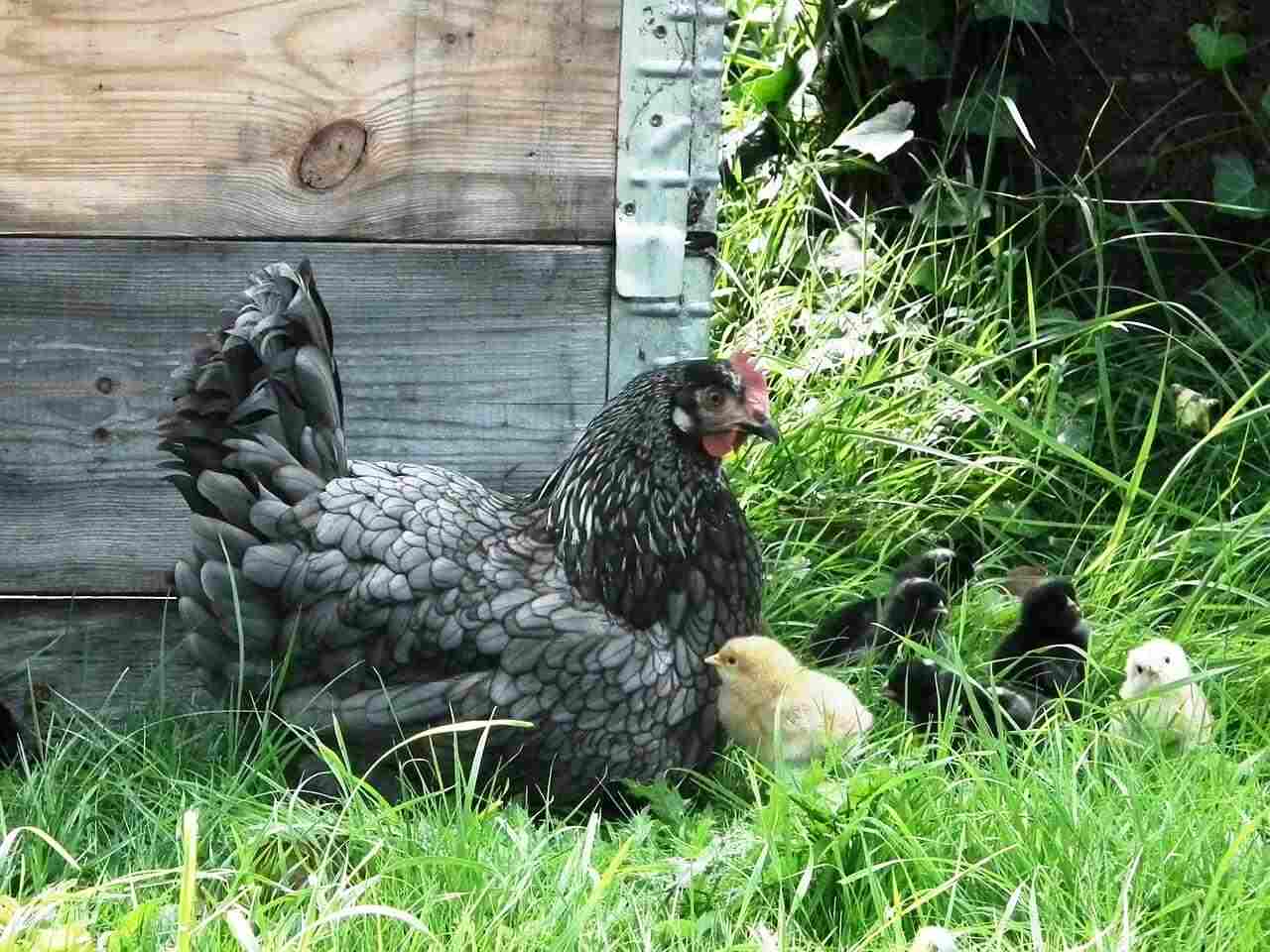 Are you planning to rear chicken in your home for domestic or commercial purposes? If yes, then the question that must be running through your mind is: how long does it take for a chicken to grow?

If that is the case, then count yourself lucky because today you have clicked the right page. Below, we are going to tell you everything you need to know about a chicken life cycle, including how long it takes for a chicken to grow and the time when they lay eggs.

How Long To It Take For A Chicken To Mature

A chicken is said to be matured when it reaches sexual maturity and begins to lay eggs. This usually occurs when the chicken is between 16-24 weeks old. The time taken often varies depending on the breed, genes, and the quality of feed.

Some breeds such as Cornish Cross take as little as eight weeks to mature while breeds like Australorp take up to 24 weeks to grow. Additionally, some chickens within a breed mature faster than others. Because of the difference in genetic code.

Stages Of A Chicken Life

A chicken life can be divided into several distinct phases. In this section, we are going to discuss the stages of chicken life.

A hen usually lay eggs after every 25-27 hours. This means that they typically lay an egg daily. Hens don’t need to mate with a roster to lay fertilized eggs daily. They have pouches in their sexual reproductive organs where they store sperm for up to three weeks.

Hens usually lay eggs until when they feel that they have enough eggs. The hen will then sit on the eggs diligently for 21 days until they hatch.

During that period, the egg will only take a short break to feed and drink water before returning the nest to warm the eggs. When the egg is about to hatch, the chicks will absorb all nutrients to their bodies, which will sustain them for about 72 hours.

Once the eggs have hatched, the mother will protect the chicks from danger and cold. The chicks will spend the first few days of their lives under the mother’s wings. You can offer a helping hand by providing water and food.

On the other hand, if you are incubating, then ensure that you provide water, warmth, and food to the chicks. The chicks need to be placed in a brooder for at least five days.

The chicks will continue to grow to learn all skills needed in adulthood, such as foraging and roosting.

Adolescent chicken often looks smaller and skinny. It is not advised to integrate the juveniles with adults until they weigh at least 2/3 of their adult weight. If you incorporate them early, then the older chickens will bully and even harm them. It is therefore advised to keep juveniles and adults far from each other.

When Do Chicken Lay Eggs

Factors That Affect The Life Expectancy Of A Chicken:

The lifespan of a backyard chicken ranges from 3-10 years. Their lifespan varies depending on many factors discussed below

Although a lot of strides have been made to curb chicken disease, it still remains a top killer for chickens. Some diseases are deadly, and if they are not treated on time, then they can cause death. To prevent diseases from attacking your kitchen, then you are advised to inspect your flock regularly.

It is also important to vaccinate them regularly to prevent deadly diseases such as lymphoid leucosis and mareks from attacking the chickens.

Chicken housing plays a vital role in enhancing their health and wellbeing. A chicken coop not only helps to protect chickens from danger, but they also provide warmth during colder winter months and keeps them cool during warm summer months.

If the chicken coop is not well built as per the recommended standards, then the chickens become more susceptible to respiratory diseases that can lower their lifespan. They also become an easy target for predators.

The environment that kitchens are reared plays a crucial role in determining their health and wellbeing. If kitchens are kept in a clean environment with adequate food, then they will definitely thrive and live longer.

On the other hand, if they live in a filthy environment, with scarce food, then their lifespan will reduce significantly.

On the other hand, if they don’t get adequate attention from a veterinary expert, then their lifespan will reduce.

I am a homesteading enthusiast, a published writer, and director at FROMSCRATCHMAG. My experience in areas such as brand management, graphic design, and photography are valuable additions to our writing team. When I am not writing or publishing anything, I am out gardening in my small farm or cooking. I am also an herbalist, an experience I use to spread the word about sustainable living. Read articles by melissa

Fromscratchmag.com is a participant in the Amazon Services LLC Associates Program, an affiliate advertising program designed to provide a means for sites to earn advertising fees by advertising and linking to Amazon.com.

As an Amazon Associate we earn from qualifying purchases.

Additionally, Fromscratchmag.com participates in various other affiliate programs, and we sometimes get a commission through purchases made through our links.

Amazon and the Amazon logo are trademarks of Amazon.com, Inc., or its affiliates.

We do not specifically market to children under 13.

All information on this website is intended for entertainment and educational purposes only. It is not a replacement or substitute for professional medical advice and/or treatment. Consult with your own doctor for information and advice on your specific questions.

All wallpapers and backgrounds found here are believed to be in the “public domain”. Most of the images displayed are of unknown origin. We do not intend to infringe any legitimate intellectual right, artistic rights or copyright. If you are the rightful owner of any of the pictures/wallpapers posted here, and you do not want it to be displayed or if you require a suitable credit, then please CONTACT US and we will immediately do whatever is needed either for the image to be removed or provide credit where it is due.

All the content of this site are do not gain any financial benefit from the downloads of any images/wallpaper.